Tantalum capacitors are a subtype of electrolytic capacitors. They are made of tantalum metal which acts as an anode, covered by a layer of oxide which acts as the dielectric, surrounded by a conductive cathode. The use of tantalum allows for a very thin dielectric layer. This results in a higher cpacitance value per volume, superior frequency characteristics compared to many other types of capacitors.

Tantalum capacitors are generally polarized, which means that they may only be connected to a DC supply. observing the correct terminal polarity. The downside to using tantalum capacitors is their unfavorable failure mode which may lead to thermal runaway, fires and small explosions, but this can be prevented through the use of external failsafe devices such as current limiters or thermal fuses.

Technology advances allow tantalum capacitors to be used in a wide variety of circuits, often found in laptops, automotive industry, cell phone, and others, most often in the form of surface mounted devices. 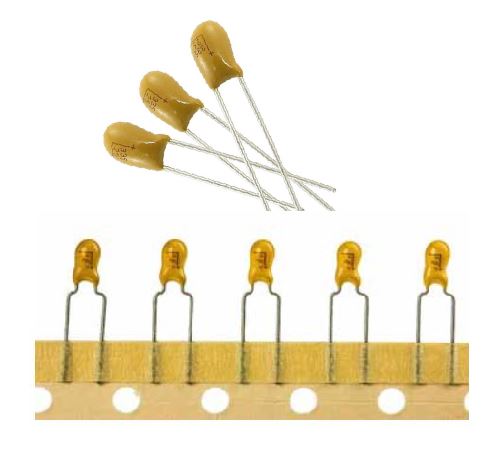 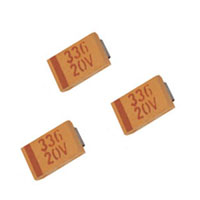